The jury has found former Minneapolis police officer Derek Chauvin guilty of the murder and manslaughter of George Floyd.
The verdict, read out on Tuesday afternoon, was reached by a jury after less than a day of deliberations.
Mr Floyd died on May 25 last year after Chauvin, a 45-year-old white officer, was seen on video kneeling on the 46-year-old black man’s neck for about nine-and-a-half minutes.
The footage drew outrage across the US and triggered worldwide protests and violence.
• Subscribe to ITV News on FIblock: bit.ly/2lOHmNj​
• Get breaking news and more stories at www.itv.com/news​
Follow ITV News on Facebook: itvnews/​
Follow ITV News on Twitter: itvnews​
Follow ITV News on Instagram: itvnews

The Legendary Commando Raid At St. Nazaire | The Greatest Raid Of All Time | Timeline 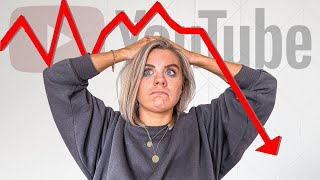 Failed Cash-In-Transit Heist Because Driver Has Balls Of Steel

Reading My Most Anticipated Book of the Year!

The W124 Mercedes 500E was the world's most perfect sedan | Revelations with Jason Cammisa | Ep. 05

I Sent My Lookalike On NATIONAL News